What is drag and drop app builder? A comprehensive guide

Although drag and drop tools are not replacing or disrupting coding of apps and websites, they are significantly speeding things up.

According to our survey The pulse of digital transformation 2021, while it takes anywhere from 2-6 months for over 30% of the respondents to build apps traditionally, 50% of respondents take about 15 days to 2 months to build apps like business process management, productivity apps, operational efficiency and customer engagement apps using a no-code or low-code drag and drop app builders.

By using pre-existing frameworks to allow users to move features and images around an empty app and construct one as they see fit. These drag and drop app builders are great for people who need a helping hand to get their vision off the ground and into the hands of their stakeholders in the shortest duration. Many developers express there sentiment:

Save hundreds of hours with a Drag and drop app builder

What is a drag and drop app builder? Drag and drop app builder is a tool that lets you create a mobile or web app visually with pre-built UI elements such as forms, tables, lists, maps views, buttons, etc. on the screen. Drag and drop builders take GUIs a step further by enabling users to create relationships between two visual elements or configure event handlers that tells the system (and the user) what action to perform, for example, when user crafts a note for a sales lead and presses submit button, the app can validate the response, run some complex business rules and branch depending on the output to update right Sales rep and the CRM and shows a success pop up.

These builders significantly reduce the time it takes to build apps by replacing repeating lines of code with ready to use building blocks. But their speed is not solely a factor of pre-built elements. While there is a wealth of different drag and drop builders to choose from, there are some stellar app builders that give a highly intuitive user interface that makes the app development process whole lot easier and faster.

A good drag-and-drop interface drastically reduces the learning curve people face when embracing new technology. Which is a significantly good thing considering the number of various digital tools most business employees use on a daily basis.

What can a drag and drop app builder do?

Targeted at semi-technical business users and technical developers, drag and drop app builders help increase the amount of code reusability and apps developed. Many drag and drop players also allow developers to code and extend the capabilities of the platform beyond the drag and drop – say writing JS to create a custom UI component which once built can again be reused in different apps and screens.

Drag and drop app builder use cases range from the complex (such as full-on CRM app development) to the relatively simple (such as admin panel design).

DronaHQ’s Drag and Drop Tool for App development gives you a No-Code way to not just build the front-end but also the backend of your applications – database integration, task assignments, approval workflows.

Why use drag and drop app builders – the benefits:

Hundreds of thousands of developers are now reaping the benefits and convenience of using drag and drop technology. The key advantages of drag and drop app builders offer are:

What does a drag and drop app builder look like in action?

Drag and drop app builders are powerful tools that let you select a template for your app and use tried and tested frameworks to ensure you create thoughtfully designed apps.

Check out some of DronaHQ’s templates below: 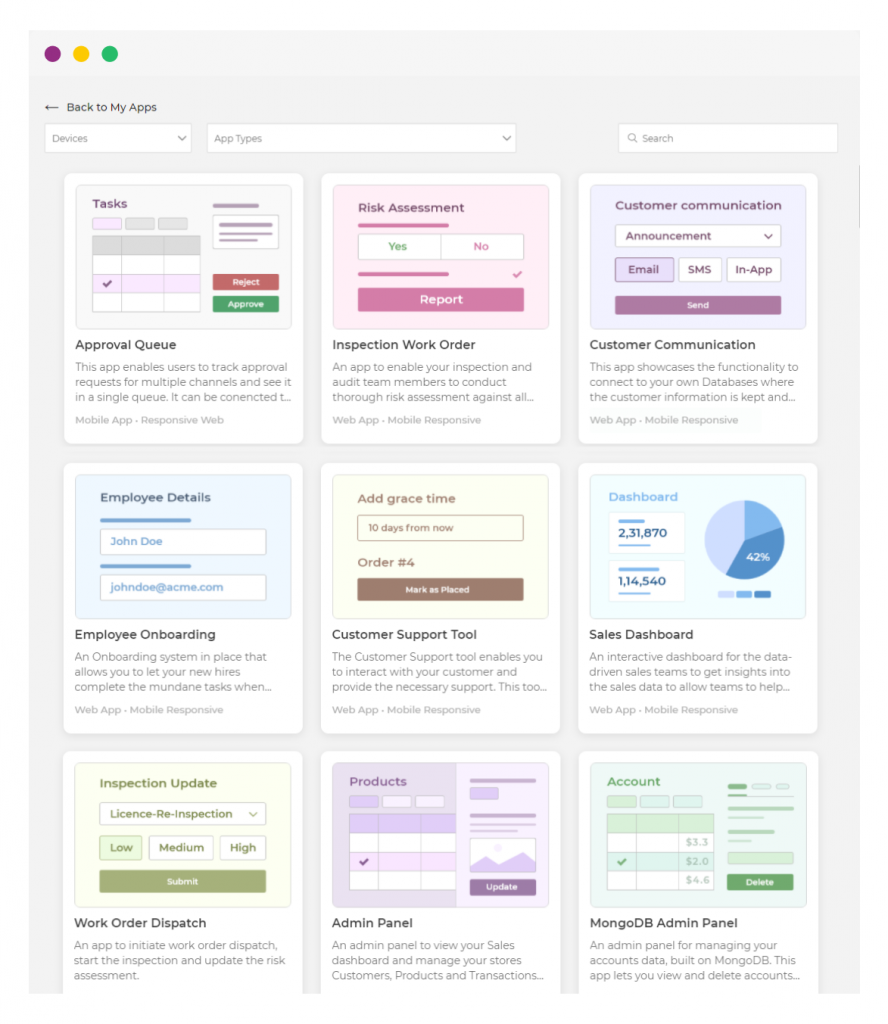 You have full control over how you label and arrange your content. You can decide which users interact with your app and how.

You can see what your app will look like while you’re building it. If something doesn’t look right you can simply drag, drop, and replace it in real time. You don’t need to worry about waiting on developers to make the changes you’ve asked for.

Drag and drop app builders put powerful tools at your fingertips that are straight out of the box. 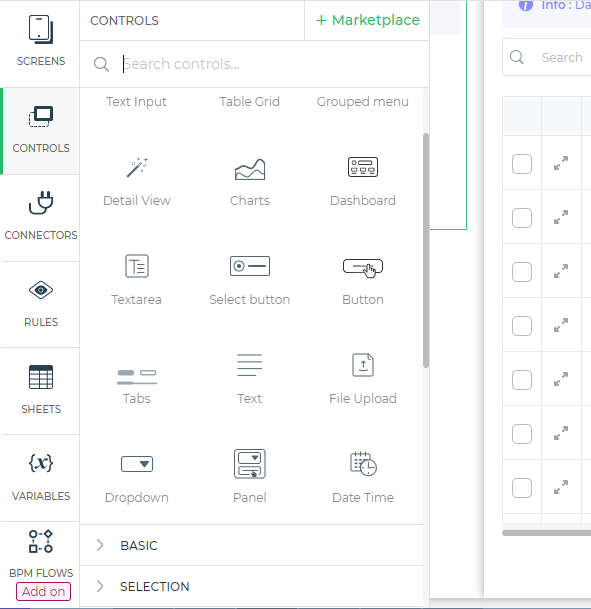 Add, remove, drop, and replace controls to get the desired look and play around with rules and actions to make apps interactive. You can play around with more controls and screens from the Marketplace and get things just right before your app goes live.

We’ve come a long way since

From keyboard-only to point-and-click and now drag-and-drop, we’ve come a long way. This journey also indicates our preference for solutions that offer higher levels of abstraction to take us to our aim as quickly as possible.

The drag and drop systems today are so sophisticated that we can design and speed up deployment of our app or web projects in matters of hours.

Drag and drop tools are already a part of your life

No-code and low-code based drag and drop app builders are creating incredible changes in the market as we speak. From new startups to established enterprises – about 41% of enterprises are already using these platforms and 10% are planning to get it soon. So, one way or another the services you give or take have been realized using a drag and drop tool.

The drag and drop app builders are transforming the field of application development by empowering developers to choose when and where they want to spend time hand-coding. Developers, armed with the right platform can refocus from solving simple problems to solving complex problems.

When starting a new project/website/blog/app/etc., many beginners used to find it difficult to get their first prototype ready without incurring high costs or long duration of time, or both. Same was the scenario even for seasonal veterans who need to get their ideas and plans up and running in shorter time cycles and low costs.

If you’re new to app development, an app-building platform can give you surprising good solutions almost immediately. 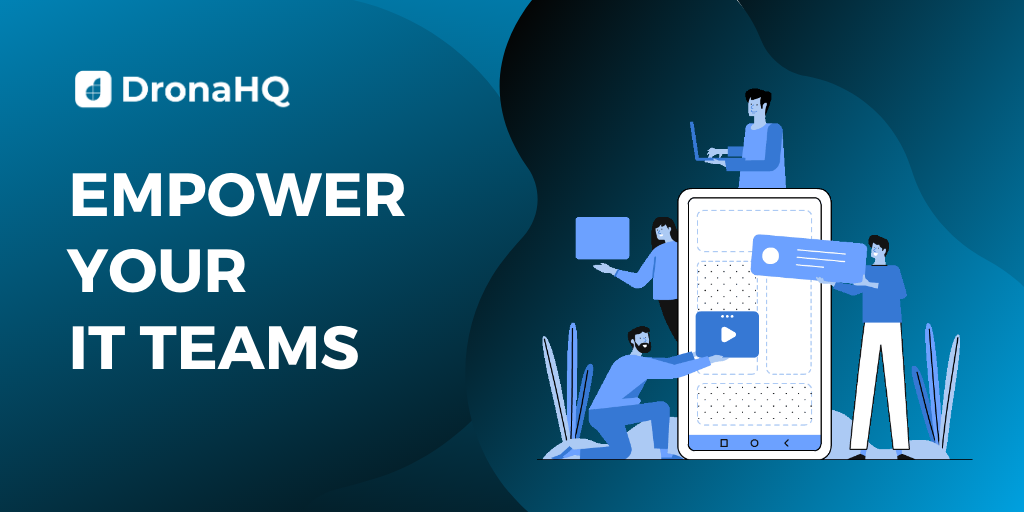 Empower your IT Teams with Low-Code Platform 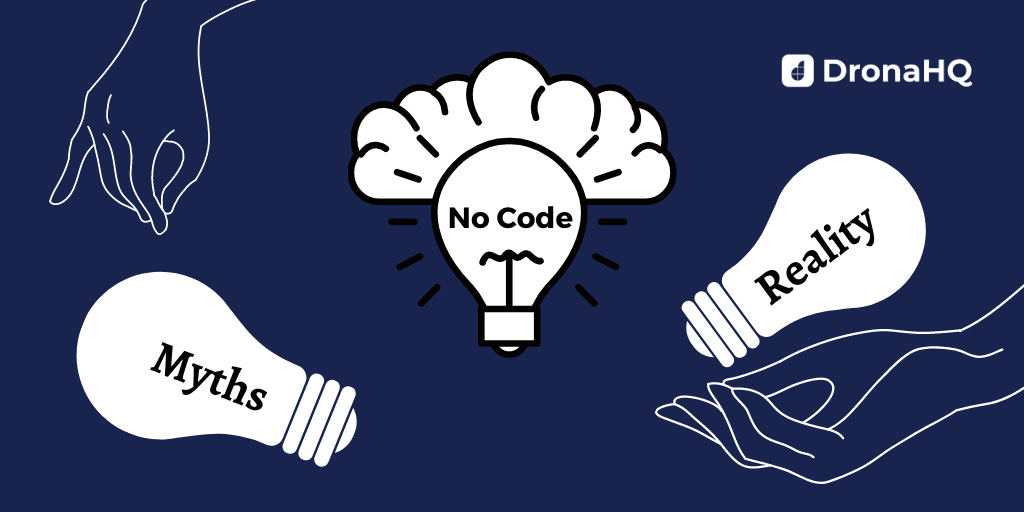 Busting the 6 Myths of No Code Platforms 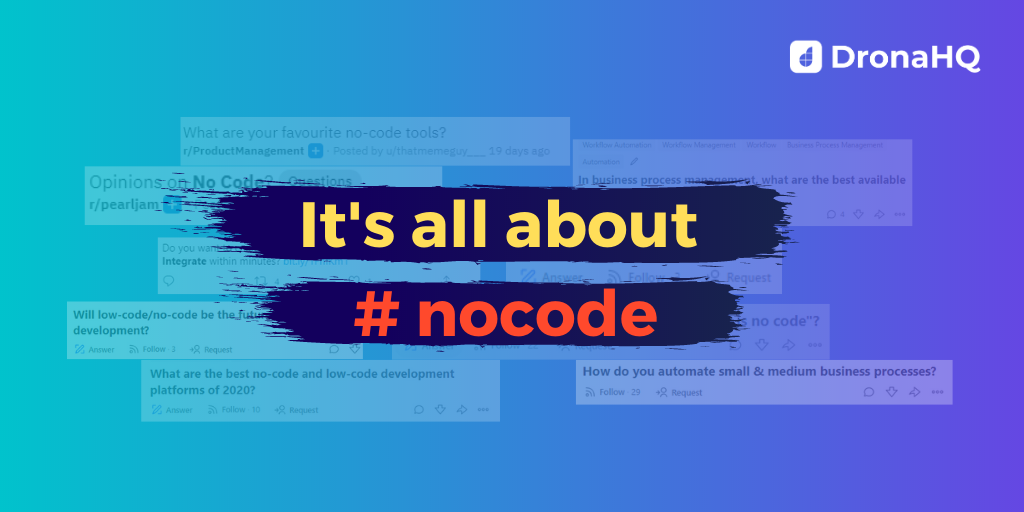 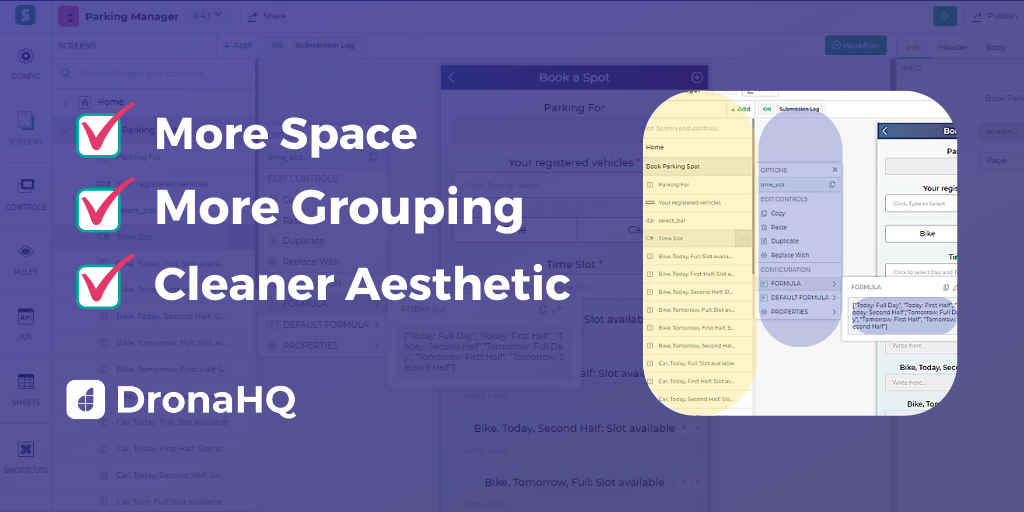 Enhancing No-Code Development: Creating a Map for your App 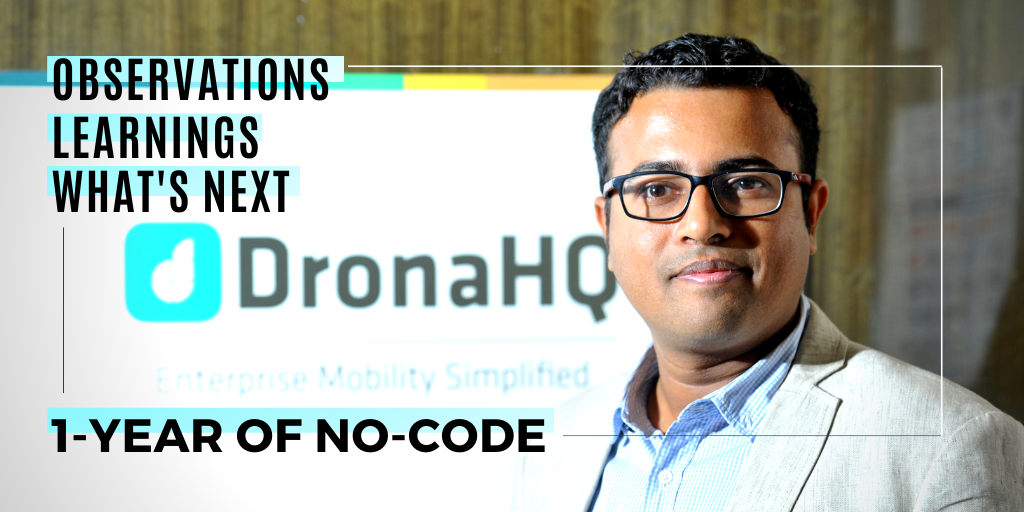 One year after launching NoCode into beta