Ever since its inception by Facebook in 2012, GraphQL’s popularity has been proliferating. According to the State of JavaScript 2019 report, while only 5% of the surveyed developers had used GaraphQL in 2016, 38.7% used it in 2019. Dozens of well-known companies like Airbnb, GitHub, and Twitter have adopted the technology.

At DronaHQ, we are always working towards enhancing the platform to make it the most flexible and user-friendly application development platform. In line with this, we are excited to announce the latest enhancement to our platform: the GraphQL API connector to our API and Database connector library. With the new connector, developers who prefer building with GraphQL can now instantly connect it to DronaHQ and build user interfaces on top of their data in just a few minutes.

Motivation: Simplify the process of consuming, querying, and deploying with GraphQL APIs

GraphQL vs REST, choose what you need

Since launching API and DB connectors in DronaHQ, we’ve seen a lot of enthusiasm from developers working on information-intensive processes who wanted to use DronaHQ to connect their databases and build custom GUIs.

If you’re building apps on DronaHQ, you’ve probably spent a good chunk of your time working with REST APIs (or even SOAP). While typical REST APIs require loading from multiple URLs, the GraphQL API connector will get all the data your app needs in a single request – so, it makes apps faster and more stable as they control the data they get, not the server.

What can the ready API connector do

The GraphQL connector in DronaHQ helps build upon the REST philosophy and move ahead where traditional APIs have some limitations. It can be effectively used to aggregate data from multiple resources and describe data for apps that have complex UI/UX and multiple endpoints. 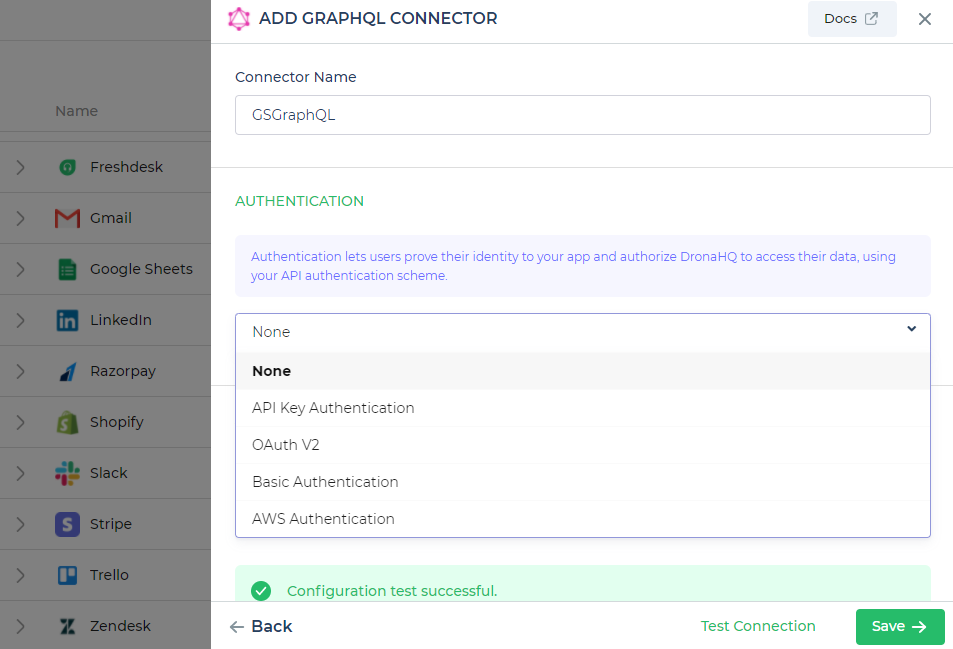 If you want to learn more about what the ready GraphQL connector looks like and how it works in DronaHQ, you can find more information here.

In the DronaHQ visual development tool, the interface is divided into three sections. On the left most is where you’ll find drag-and-drop visual components for building out your tools. You can click on components to edit details on the right most panel. The center of the screen is where your tool lies. You can see how the different components stack up against one another. On the right panel is where you bind the data from the GraphQL APIs to the UI components, and also where you can write out and configure your queries. In the screenshot below, you’re seeing a preview of a simple app where we connected a SpaceX using their GraphQL API. 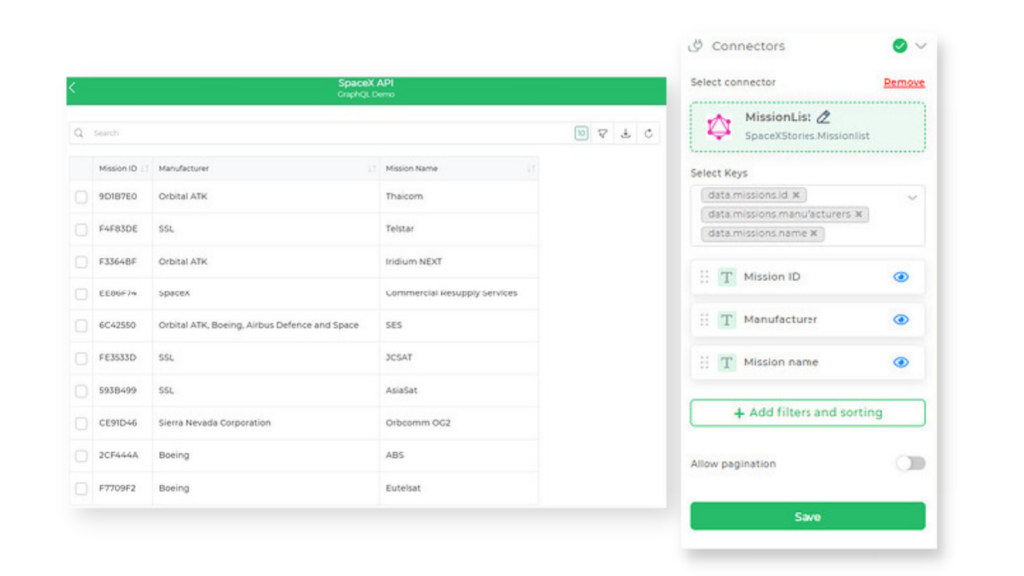 If you’re building internal tools on top of a GraphQL endpoint, DronaHQ is the right place to start.

Instead of building UI components from scratch and having to handle state, you can drag and drop from a set of powerful pre-built components and hook them up to queries in one place and your custom frontend will be ready in minutes. You can also combine data from other sources, say from APIs like Stripe, Slack, Zendesk or Databases like Postgres, MySQL, MongoDB, Google Sheets, or anything with a REST or GraphQL API.

What is Citizen Development? A 2022 Guide

Best 5 GraphQL IDEs you should know about in 2021

RFP Template for Low Code Platform- How to Create and Evaluate?