Popular Tech Stack for Startups in 2022

What is a Tech Stack?

A tech stack is the entire basket of all the digital technologies used to build, run, and manage a particular piece of software or a project (either a mobile or web app).  It determines the type of applications you can build, the level of customizations you can perform, and the resources you need to develop your app.

Tech stack is popularly known as a technology infrastructure or solutions stack and has become essential for creating easy-to-maintain, scalable web applications.

A tech stack typically consists of programming languages, front-end tools, back-end tools, frameworks, a database, and applications connected via APIs. These individual elements form the building blocks of the software development ecosystem in any company, and full-stack developers are expected to be competent in them.

A modern tech stack has many more elements because of the increased number of devices from which users can access apps and the enormous volumes of data processing and events related to it. This advanced tech stack can include platforms for analytics like performance monitoring, business intelligence, event processing, cloud services, and more.

Why is the Startup Tech Stack Important?

Let’s take the example of Amazon. Who knew that an online marketplace for books would scale such that some 27 years later, it would be a leading e-commerce platform! Similarly, suppose you choose frameworks and databases that scale well during the ideation and planning stage itself. In that case, you will be saved from the horizontal and vertical scaling issues as your user base grows.

The tech stack you choose now is often very challenging to adjust later. Rewriting a whole system from one language to another is no easy task. Migrating all your databases and connectors would be equally challenging.

Migrating from one hosting provider to another is problematic. For example, the resources you have on AWS won’t easily map with MS Azure, leading to potential issues from migration.

Also, modifying the tech stack is costly for many reasons. It might mean hiring new developers or retraining the ones you have.

Tech Stack for Startups in 2022

Each element represents an essential layer of the tech stack. Together, these components are used to create database-driven, dynamic web-based applications.

The picture below shows how the layers stack together – 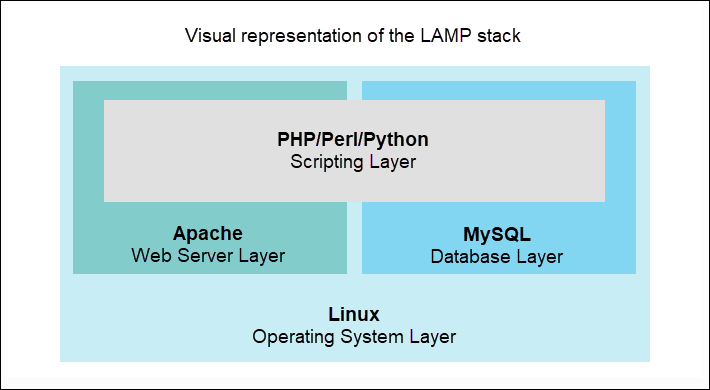 Although LAMP uses Linux as the primary operating system (OS), you can use an alternative OS to meet your specific needs. Some variations in the LAMP stack are –

Disadvantages of the LAMP stack are –

Ruby on Rails is an object-oriented tech stack built on a dynamic programming language known as Ruby. RoR is ideal for developing lightweight apps that enhance flexibility. It is the merit of its repository of “gems.” Gems are the various libraries, integrations, and frameworks used in the tech stack.

Some of the gems are HTML, CSS, JavaScript, Bootstrap, jQuery, CoffeeScript, Node.js, Redis, MongoDB, and JVM.

Companies like GitHub, Shopify, Etsy, and Airbnb use RoR.

MEAN is a JavaScript-based tech stack for creating websites and apps. It is a free and open-source stack.

A – Angular.js (Interface Rendering), and

Similar to LAMP, MEAN’s components can be replaced. Since all its components are written in JS, the application created with MEAN can be created in one programming language for both front-end and back-end environments. Thus, the frontend developers can also easily understand the code of the server-side.

MERN is one of the variations of the MEAN tech stack where the Angular JS framework is replaced with React JS.

The foremost benefit of using MERN is the integration of React and its powerful library and capability to use code simultaneously on servers and browsers. Additionally, it has phenomenal full-stack development opportunities.

Flutter is a web stack for the cross-platform development industry. It is a UI software development kit developed by Google in 2015 (a beta version was released in 2017). 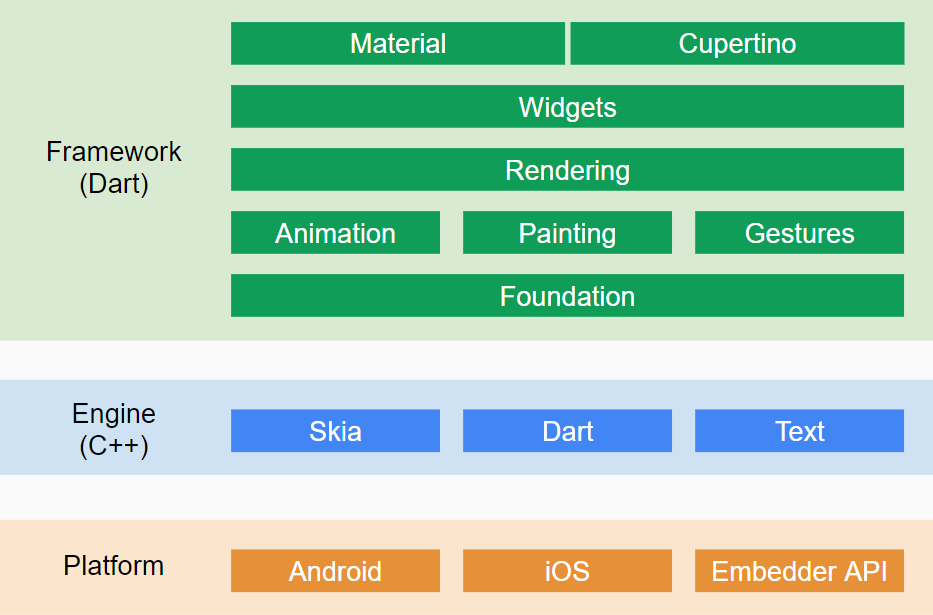 Considering the pains of past development tools, Flutter emphasizes the prevention of wasted time on emulations and simulations. Flutter is ideal for B2C and C2C projects where the major role is of the end-user.

But you should pick your technology stack based on your app or project needs!

Top Factors to Consider when Selecting your Startup Tech Stack

While choosing the best tech stack for your business might seem daunting at first, it mostly comes down to this question—where do you see your startup in 5 years? Picking the right tech stack means choosing the programming languages, frameworks, database/cloud technologies, and hosting options to help you achieve those goals easily and quickly.

There are various types of tech stacks readily available for web developers. But when selecting your company’s tech stack, there are a few factors that should guide your decision.

The type of the project, which means what type of problem you want to solve, is the most critical factor in choosing the best tech stack for your startup.

For an average-sized project, you can combine CMS with suitable programming languages like JS, C++, Python, and others.

At the same time, complex projects like social networking sites—Twitter, Facebook, WhatsApp, and e-commerce apps like Amazon are developed with a large number of combinations of programming languages and frameworks as they need multiple functions and integrations. They require more security and sophistication; hence, the technology stack must be of a high level. Java is considered an excellent choice for apps with complex business logic and platform-independent code that must be reliable.

How expensive the language or framework/platform is should be your number one consideration. However, founders shouldn’t consider these expenses solely regarding upfront licensing fees, ongoing maintenance expenditures, security, or liability costs.

Of course, developer salaries would be included in this. Popular, well-known technologies, like HTML, Swift, JavaScript, PHP, and C#, are known to many developers, helping drive the cost lower. On the other hand, fewer developers would be expertise in complex and unique technologies, like assembly language, so that they can charge a premium.

To launch a product/service, you need to plan to develop and deliver the project on time. An MVP is a great option when you need to launch your project as soon as possible.

Choose a technology that will empower your startup to achieve more. Don’t select something that will be a burden to your team and company. Pick a tech stack that is easy to integrate and has plenty of third-party controls and community support. These features will make it easy for you to use.

Your developer’s expertise is also significant, as it will help you launch your app on time and bug-free.

There are many horror stories of startups working night and day, only to have their product crash and receive significant negative press. Even big corporations like Disney+ crashed on launch day due to unanticipated demand. Similarly, BigBasket faced a breakdown due to a surge in need during the pandemic.

Plan for 10 million users and not ten users. Your startup won’t survive long if only ten people use your app or service. So you should think about scalability from the beginning. Pick a technology/framework that will scale as your startup grows.

Your technology stack should be able to accommodate the future growth of the app. Pick a server-side tech, like PHP, Ruby, or Python, and cloud infrastructure, like AWS or Azure, that scales with it!

Drawbacks of Choosing the Wrong Tech Stack for Startups

Putting together the right tech stack is a continuous challenge, and one of the ways to succeed is by seeing what the leading companies are choosing. It can give you clues about your own project needs, and exploring the logic behind their choices can help you make better decisions for your startup tech stack.

DronaHQ is a low-code platform to build internal tools and operational apps for web and mobile. It enables teams to design stunning front-end on top of their existing databases and apps using a visual drag and drop UI builder. Used by product managers, developers, LoB managers, DronaHQ is a part of the tech stack component for brands like Mondelez, Nestle, Purplle, Urban Ladder, Wipro, Bandwidth, IndigoAG and more, for building their internal applications and tools..

Listed below are some of the features provided by it.

Some benefits of using a low-code platform like DronaHQ is that they are designed to accelerate app dev process and to allow the pro-developers to design, build, test, deploy and manage apps at a faster rate than the traditional approach. Since everything nowadays is fast-paced, it would help new-generation startups to improve their time-to-market rate.

Challenges faced by CTOs of Fast Growing Companies in 2022

Kanban Board for Project Management

How are internal tools catalysts for high-growth companies?

What is Citizen Development? A 2022 Guide

Self-host DronaHQ : Deploy DronaHQ on your own infrastructure in less than 10 minutes. Get started >