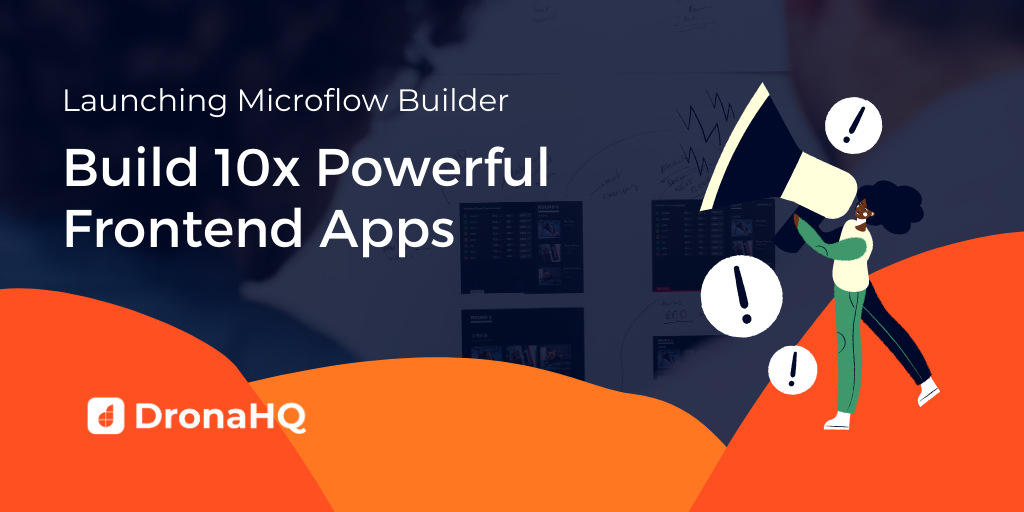 DronaHQ announced the introduction of microflow along with a series of advancements and new features that will enhance the platform’s capability to build frontend applications on top of the platform’s pre-existing BPM capabilities.

Sharing his views on these additions, Jinen Dedhia – Co-founder and MD, DronaHQ said, “this release further strengthens DronaHQ’s capabilities and enables low-code/no-code developers to write 10x powerful frontend applications for both mobile as well as web. In line with the company’s vision to keep up with the market need, the platform can now dramatically accelerate custom frontend logic development for business apps along with high levels of flexibility.”

Microflows, as shared by the company, will allow app makers to build intuitive user journeys on a point-and-click frontend logic builder that lets them bind on-screen events to user actions. This presents a no-code opportunity for use cases where you need to run a workflow and fetch information before any final submission or action takes place, microflows can jump in. Say a new lead is filling out a form on the website and based on parameters, you need to fetch a sales representative name from the master sheet before new lead information gets added to your CRM, microflows can help users to orchestrate such conditional logic that executes on the frontend of the app.

“Even though conditional logic and actions have been a part of the platform since long, what users can now clearly see is the demarcation between frontend vs backend development,” adds Jinen. “Users will observe now that a lot of their integration tasks to connect the dots between disparate systems gets simplified as then can simply create frontend apps and leverage ready integrators available in microflows.”

Microflows, similar to DronaHQ Workflow builder for backend operations, simplifies frontend logic with an easy to use interface that will allow users to trigger events. Logic, navigation rules, API calls, native actions like emails and SMS, and conditional visibility are some of the actions that users can add as a part of the apps logical flow. DronaHQ is also bringing some of its scheduler capabilities to microflows to establish conditional wait rules for actions.

Find out more about Microflows here.